Sales of Organic Products Up 23%

Sales of organic agricultural production continued to increase in 2016, when U.S. farms produced and sold $7.6 billion in certified organic commodities, according to data released today by the U.S. Department of Agriculture’s (USDA) National Agricultural Statistics Service (NASS). Results of the 2016 Certified Organic Survey show that 2016 sales were up 23 percent from $6.2 billion in 2015. During the same year, the number of certified organic farms in the country increased 11 percent to 14,217, and the number of certified acres increased 15 percent to 5.0 million. 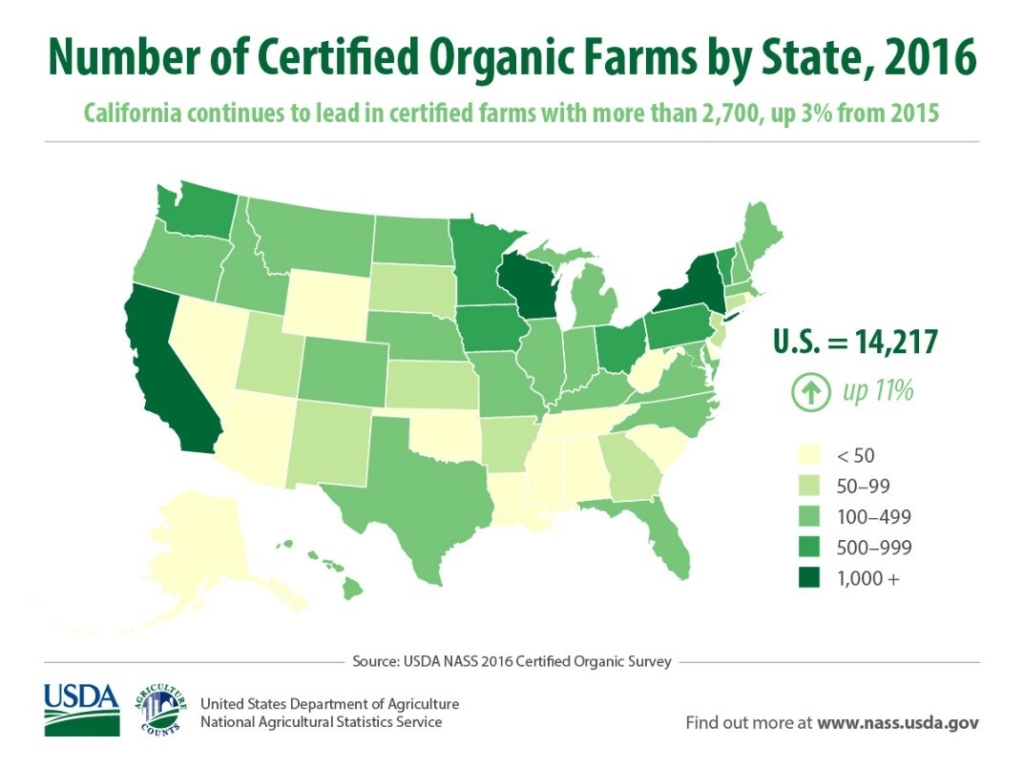 “The results of the 2016 Certified Organic Survey show the continued interest and growth in organic foods,” according to Hubert Hamer, NASS Administrator. “The survey provides the only comprehensive source of national and state data on certified organic production. It was expanded in 2016 from previous years to include fresh and processed information separately for all fruit and berry crops, as well as to include grape data by variety.” 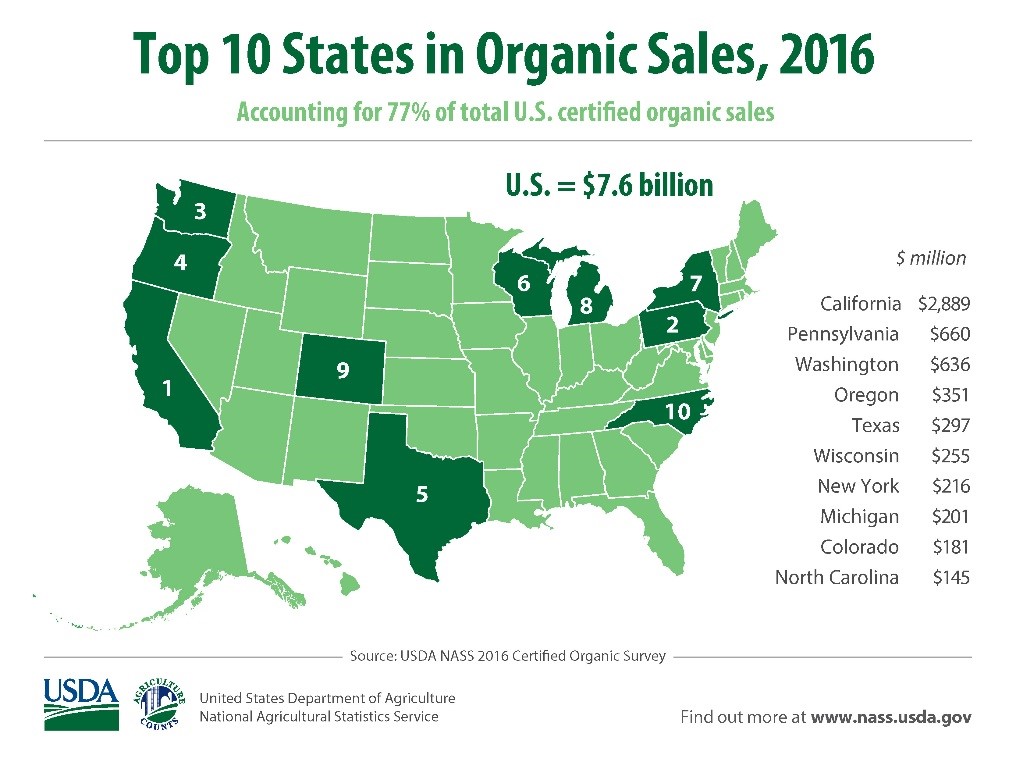 Ten states accounted for 77 percent of U.S. certified organic sales, virtually the same share as in 2015 and 2014.

Crops accounted for 56 percent of the sale of certified organic production; livestock, poultry, and their products accounted for 44 percent. Organic production encompasses a wide range of commodities, including livestock and poultry products (primarily milk and eggs), with 2016 sales of $2.2 billion; vegetables, $1.6 billion; fruits, tree nuts, and berries, $1.4 billion; livestock and poultry, $1.2 billion; and field crops, $763 million.

The survey is a census of all known U.S. farmers and ranchers with certified organic production in 2016. Producers must meet the standards set out by USDA’s Agricultural Marketing Service’s National Organic Program and be certified compliant by an approved agent of the program. Survey results are available at www.nass.usda.gov/organics or the Quick Stats database at https://quickstats.nass.usda.gov.