On a national basis, corn and soybean yields were near record-breaking levels in 2018, with exceptional yields in central Illinois and the eastern United States contributing heavily to those near-record U.S. yields.  Other areas had below-trend yields. The county yields for corn and soybeans presented in this article illustrate these facts.  Much higher U.S. yields are possible if all areas have exceptional yields.  However, all areas including Illinois should not expect above-trend yields in every year.

The 2018 corn yield for the United States was 176.4 bushels per acre, just .2 bushels below the record yield of 176.6 bushels per acre set in 2017 (all yields in this article are from QuickStats, a website maintained by the National Agricultural Statistical Service).  From a national standpoint, corn yields were excellent in 2018. 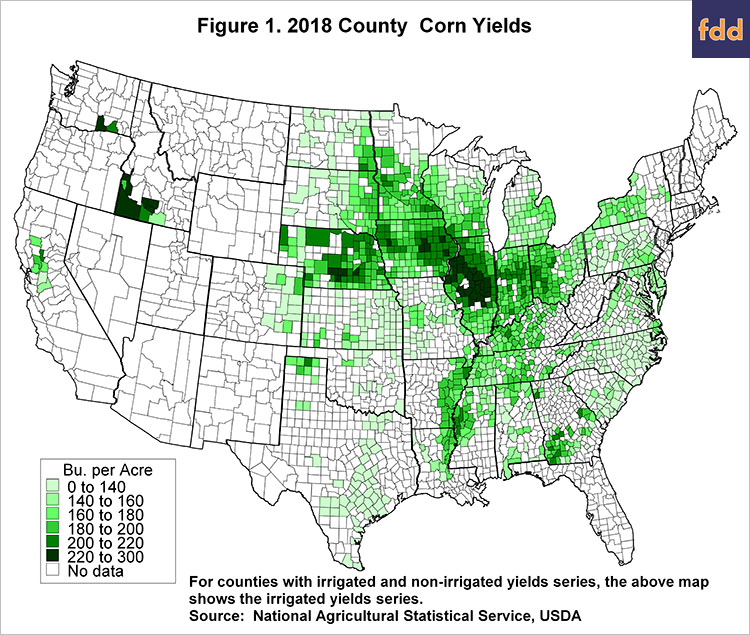 As would be expected, eastern Iowa and central Illinois had yields with positive yield deviations, with many counties having yield trends above 30 bushels per acre (see Figure 2).  Note that yield deviations paint a broader area of excellent yields.  That area includes southern Illinois, central and southern Indiana, western Ohio, western Kentucky, and parts of central Tennessee. 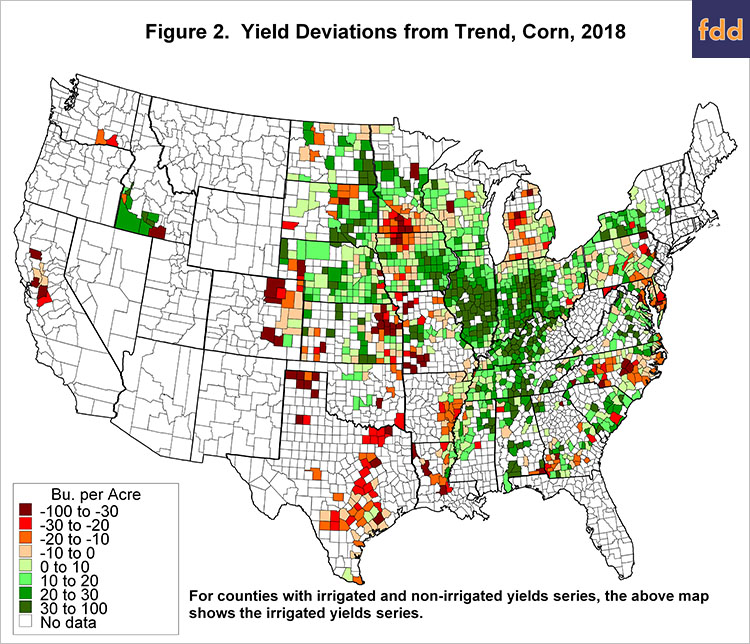 Other areas did not fare as well.  Counties along the Iowa-Minnesota border had below-trend yields (see Figure 2).  Other regions of poor yields in include Colorado, eastern Kansas and western Missouri, Texas, Arkansas and Louisiana, North Carolina, and New York.

Similar to corn, soybeans almost had a record-breaking yield.  The average U.S. soybean yield for 2018 was 51.6 bushels per acre, .3 bushels below the record yield set in 2016 of 51.9 bushels per acre. 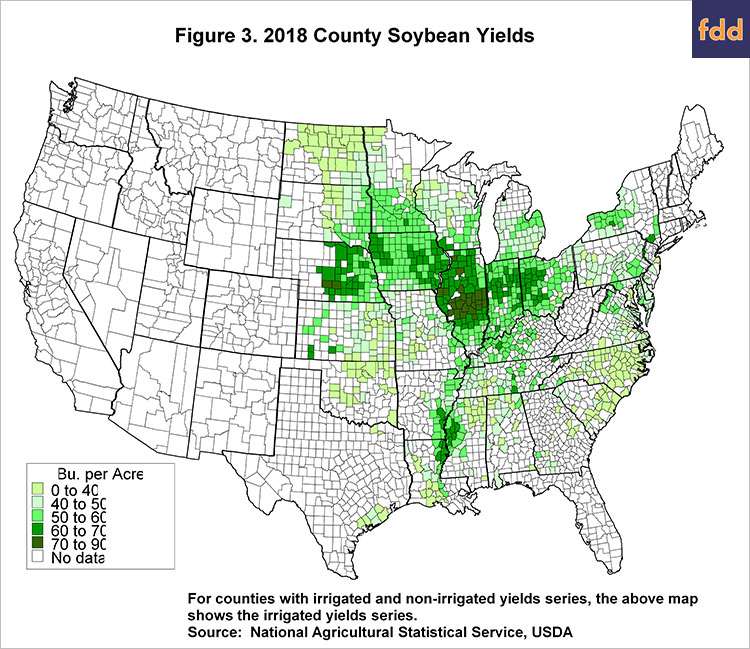 Yield deviations suggest that central and southern Illinois had exceptional growing conditions in 2018 (see Figure 4). Excellent growing conditions continued into Indiana, Ohio, Kentucky, and Tennessee.  Other areas did not have as productive of a year.  Yields were below trend along the Iowa-Minnesota board, North and South Dakota, Nebraska, Wisconsin, Michigan, Pennsylvania, and in North and South Dakota. 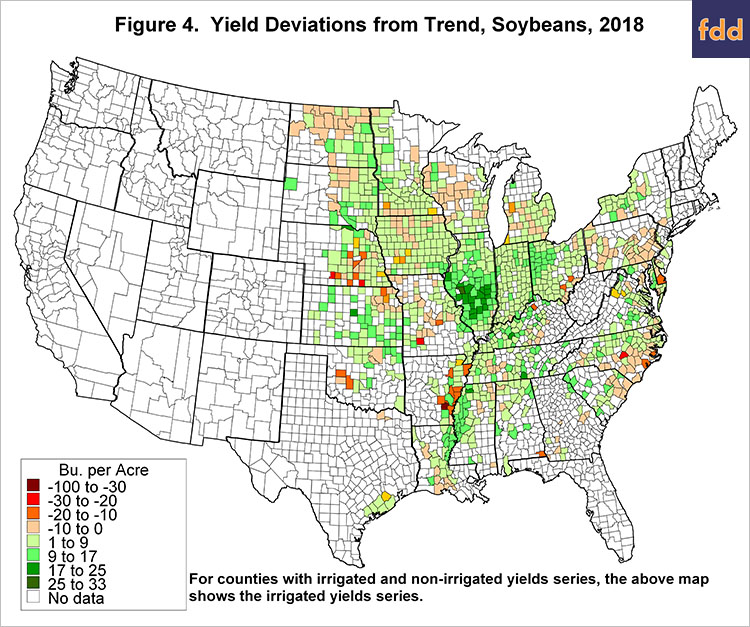