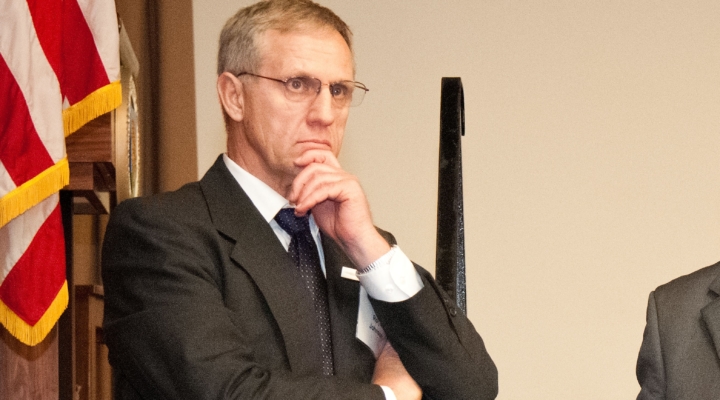 After yet another year of depressed commodity prices, uncertainty in export and biofuels markets, rapid consolidation in the food and agriculture sectors, and extreme and unseasonal weather events, nearly 400 of National Farmers Union’s (NFU) family farmer and rancher members will travel to Washington, D.C., next week to meet face-to-face with administration officials and members of Congress.

“In early September, most farmers are busy harvesting, planting winter crops, and attending to livestock,” said NFU President Roger Johnson. “The fact that nearly 400 are here this week to advocate better food and agricultural policy speaks volumes to how exceptionally challenging things are right now in farm country.”

“For several years, farm commodity prices have been below the cost of production, which means that most farmers are selling at a loss and are rapidly losing equity. At the same time, a recent wave of agribusiness megamergers has pushed up input costs. Many producers have been forced to take out more loans just to keep their doors open, causing farm debt to balloon to record levels,” Johnson continued. “All of this has been compounded by a never-ending global trade war and the ongoing subversion of the Renewable Fuel Standard, both of which have wiped out critical markets for farmers and ranchers. If that weren’t enough, climate change has thrown weather patterns out of whack, making it that much more difficult to grow crops and raise livestock.”

Advocates from across the country will campaign for policies that strengthen the farm safety net, reduce chronic overproduction, help farmers and ranchers implement climate smart practices, restore competition to the agricultural economy, resolve ongoing trade disputes, and expand the market for homegrown biofuels. The NFU Fly-In Talking Points package can be found here.

“Given the current circumstances, it is more important than ever that legislators hear directly from family farmers and ranchers about the issues they’re dealing with,” said Johnson. “NFU members want Congress to understand the financial and environmental realities of modern agriculture, and they want to provide recommendations for what meaningful solutions look like. We hope that long after Fly-In attendees return to their farms, their elected representatives will use these conversations to write policies that bolster rural America and family farm agriculture.”

The event will continue this afternoon when a number of industry experts and agricultural policy specialists will speak to attendees about the farm economy, corporate consolidation, international trade, and biofuels. NFU members will then take to Capitol Hill on Tuesday and Wednesday to meet in small-group meetings with all 535 congressional offices, and to present congressional champions of family agriculture with the Golden Triangle Award, the group’s highest legislative honor.