On Wednesday, the Federal Reserve Board released its July 2019 Beige Book update, a summary of commentary on current economic conditions by Federal Reserve District. The report included several observations pertaining to the U.S. agricultural economy. 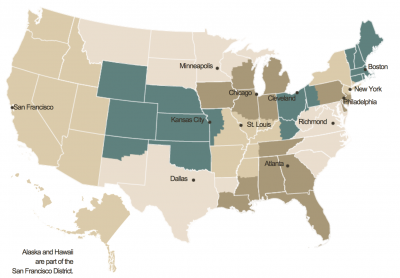 * Sixth District- Atlanta– “Agricultural conditions across the District were mixed. Recent reports indicated much of the District was drought-free although parts of Alabama, southern Georgia, the Florida panhandle, and Tennessee experienced abnormally dry to moderate drought conditions. 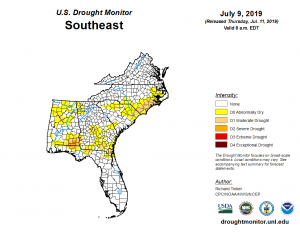 “The District’s cotton, soybean, peanut, and rice crops were mostly on par with five-year planting averages. Florida orange forecast was down in June from the prior month’s forecast, but was higher than the last two season’s production levels. On a year-over-year basis, prices paid to farmers in May were up for cotton but down for corn, rice, soybeans, broilers, and eggs.”

One contact in Indiana said, ‘I have been farming for 48 years now and this is the worst spring/summer planting season we have experienced.’

“Because it is now too late to plant corn and soybeans, contacts said that many farmers would be forced to make insurance claims and plant less-profitable cover crops. Corn and soybean prices moved up as expected yields for the fall harvest declined. 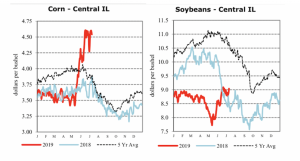 * Eighth District- St. Louis– “District agriculture conditions have declined modestly since the previous reporting period and have deteriorated moderately relative to a year ago.

“The percentages of all four crops rated fair or better were moderately below those from the same time last year. Contacts have frequently attributed the decline in crop quality to the historic flooding along the Mississippi River this spring.”

* Ninth District- Minneapolis– “District agricultural conditions worsened from an already weak position. Heavy rainfall and flooding substantially delayed crop planting in many areas of the District. In some areas farmers switched from corn to soybeans or other crops that could start growing later, while in other areas crops did not get planted at all. Contacts in affected areas expressed concerns that the impacts could be severe.”

* Tenth District- Kansas City– “The Tenth District farm economy remained weak, and delayed planting and harvesting could reduce crop production considerably in some states.  Weather conditions lead to unprecedented delays in corn and soybean planting in some areas of the region.  Wheat harvest was also delayed in considerably in Oklahoma, Missouri and Kansas.  In late June, the percentage of wheat acres harvested in these three states was less then half of the previous year. 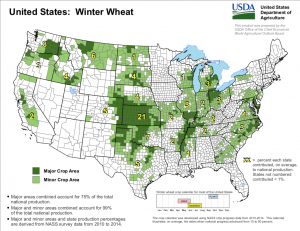 “While expectations of lower U.S. crop production led to sharp increases in prices over the period, uncertainty about the total number of planted crop acres remained.  Weather conditions may also reduce the quality of planted crops, which could dampen revenues for some producers.”

* Eleventh District- Dallas– “Moisture levels remained adequate or surplus across most of the district, delaying some plantings but improving crop conditions overall.  Pasture and range conditions were quite favorable. 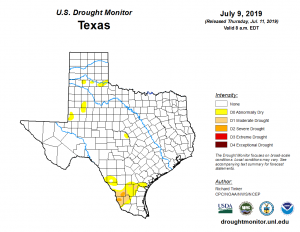 Grain prices rose over the reporting period which, coupled with favorable crop crop conditions, boosted optimism among producers.  However, higher grain prices were a negative for livestock producers driving up feed costs and dampening cattle prices.  Many agricultural producers were concerned about imposed tariffs and uncertainty surrounding future trade policy.  Cotton demand has been adversely impacted by tariffs and slowing global economic growth.”

* Twelfth District- San Francisco– “Conditions in the agriculture sector deteriorated modestly. Poor growing conditions for wheat and corn resulted in yields weaker than normal in the Mountain West, though some contacts said this boosted profitability slightly on net as selling prices ticked up.”