On Thursday USDA announced a few details of the 2019 Market Facilitation Program (MFP). While the program has been expanded to include several crops not included in the 2018 aid, farmers will only be paid on crops planted, which makes already fraught prevent plant crop insurance decisions all that more difficult.

The MFP plan for non-specialty crops includes one single payment rate per county. According to Undersecretary Bill Northey, USDA Chief Economist Rob Johansson and his team will assess trade damage to each county as well as historical production data and will use that information to calculate a single payment rate for all crops covered.

“Obviously we’re at a different time of year than last year’s program was. Last year we looked at total production. This year, we’re still in a place where some producers are making buying decisions and we need to make sure that folks have the complete flexibility in this challenging planting season to plant what works for them. They need to make the best economic decision, that economic decision will not be impacted by the payment that they receive, depending on which production they choose,” he said.

“If I am reading it right, prevent plant (PP) acres will not be eligible for any MFP payments.  So, what if Mother Nature pushes planting past crop insurance prevent date?  I wanted to plant corn but I literally could not and so cannot get the payment on my PP corn acres,” University of Illinois ag economist Scott Irwin tweeted adding it seems really unfair when prevented planting is not the farmer’s fault.

Farmers expressed their prevent plant concerns on Twitter too:

Regardless of the rhetoric from USDA this announcement will affect planting and PP decisions.

@TopThird
So y’all are telling me farmers are going to try and plant #corn way past PP dates, in horrible conditions, all to collect a guesstimated 4 cents a bushel?

Ken Smithmier@SouthTradr
Given weather, the statement that no pay if not planted seems like a pretty big deal
11:15 AM – May 23, 2019

Our understanding is that payments will not be based on 19 yields…. they will be based on total planted acres in the county.

Seems like that’s worse in some ways. Say my county gets 7 inches of rain in the last 7 days I can plant corn and I have no other choice than to file a PP claim…how does what I did render me ineligible for MFP assistance? Makes no sense.

‘The Professor’ Moritz@6ColumnGuy
· 18h
A good thread here. Point #6 & #7 are complaints that customers that I have talked to have about this ‘program’. However, if you didn’t or don’t get anything planted, your not as impacted by the trade dispute.
Scott Irwin@ScottIrwinUI

1. I’m just gonna say it. I think it is inexcusable that the USDA did not announce the payment rates. Clearly, USDA is trying not to influence planting decisions but someone wants the political glory of helping farmers while leaving out a critical detail. https://twitter.com/kannbwx/status/1131593610149781505 …

I understand that logic. But you are impacted in theory if you intended to plant the affected crop but an act of God prevented it. Basic fairness issue relative to narrow trade mitigation perspective. I think this will be a big issue

“For more than a year now, producers of every commodity have said the same thing: they want long-term access to export markets, not hasty attempts by the federal government to clean up its own mess,” he said in a statement. “Rather than waste more time and resources on temporary band-aids, USDA should focus on implementing the safety net Congress established in the farm bill. I urge the White House to rescind the tariffs and sit down in a constructive manner with the Chinese to address issues that will actually improve the market for our farmers. This just shows, as I’ve long said, nobody wins a trade war—everyone has leverage.”

While many voiced frustrations about payment rate announcements being delayed, the Illinois Corn Growers Association applauded that move.

“We feel that the Trump Administration took prudent action today in holding off on announcing specific payment amounts to farmers in the planned second round of trade aid payments. Illinois corn farmers are significantly behind in planting their crop this year.” llinois Corn Growers Association President Ted Mottaz said in a statement. “As we move toward turning the calendar from May to June, the decisions about what to plant and when are complicated enough. Adding a specific monetary figure in a trade-aid payment to the mix is a variable that likely would cause significant market implications.”

USDA’s intent was to ensure acreage mixes aren’t altered by MFP payments and the details are so murky, most farmers have no idea what to do.

I’m not saying that at all. That is a producer’s decision. I’m just saying that 2019 acres are not capped at 2018 acres.

David Widmar@davidwidmar
Three expected rounds of MFP 2.0 payments… because waiting until Dec 17 in 2018 for the second round of MFP 1.0 was so much fun.

Another feature: the math to calculate a farms payments will be so complicated it’ll be impossible to distort planting decisions.

Details on a 2nd round of MFP payments are expected this afternoon. Our sources indicate the program will be based on 2019 plantings (not to exceed 208 plantings) with a single county payment rate. More details here: https://www.profarmer.com/markets/policy/16-billion-mfp-2-package-coming-county-payment-rate-likely … #pfnews #MFP2 #agnews 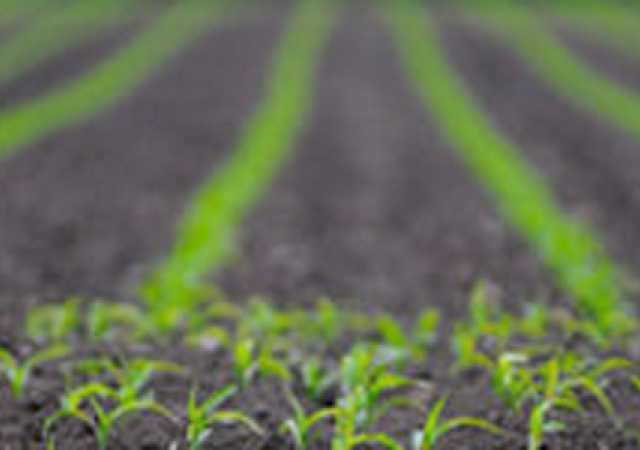