Organic Farming, 2017 US Census of Agriculture

Census respondents were asked the following yes-no question in Section 23 (“Organic Agriculture”) of the 2017 census questionnaire (Appendix B, page B-45):  “During 2017, did this operation produce organic products according to USDA’s National Organic Program (NOP) standards or have acres transitioning into USDA NOP production? Exclude processing and handling.”  If the “yes” box was checked, respondents were asked to check all of the following 4 response boxes that applied to their farm:  (1) “USDA NOP certified organic production,” (2) “USDA NOP organic production exempt from certification (exempt is production normally less than $5,000 in sales).” (3) “Acres transitioning into USDA NOP organic production,” and (4) “Production according to USDA NOP standards but NOT certified or exempt.”  Respondent were also asked, “What was the value of USDA NOP certified or exempt organically produced commodities sold from this operation in 2017?”  Instructions for this last question were to (1) include gross value of agricultural sales before expenses or taxes, (2) exclude crop and livestock sales from transitioning land, and (3) exclude value of processed or value added items (Appendix B, page B-53). 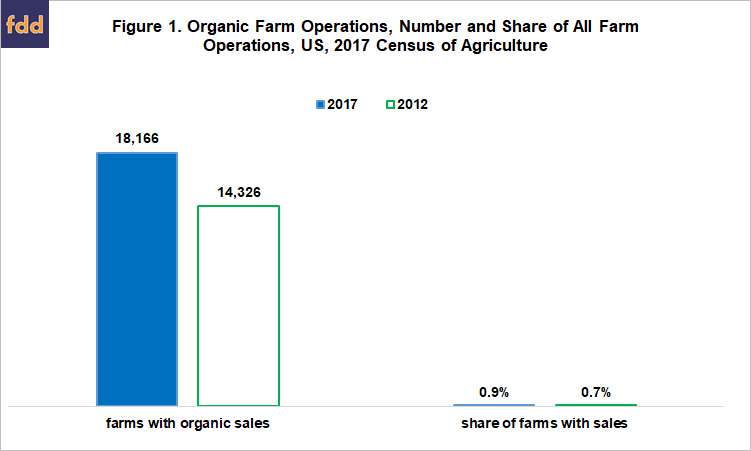 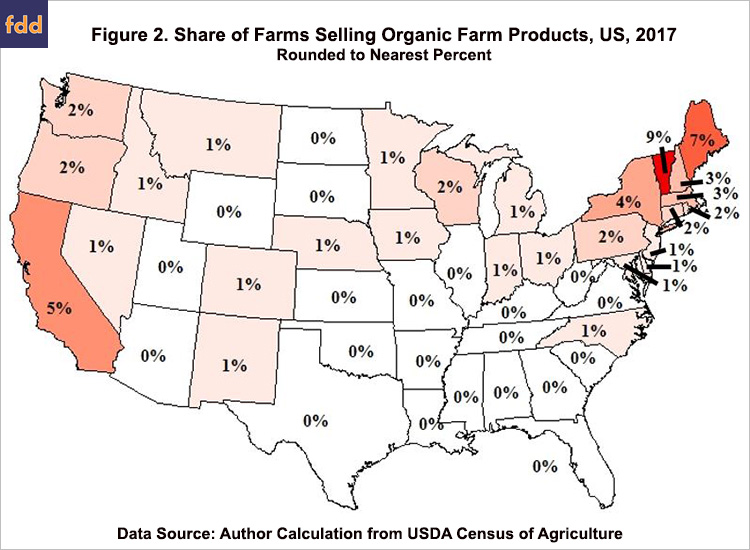 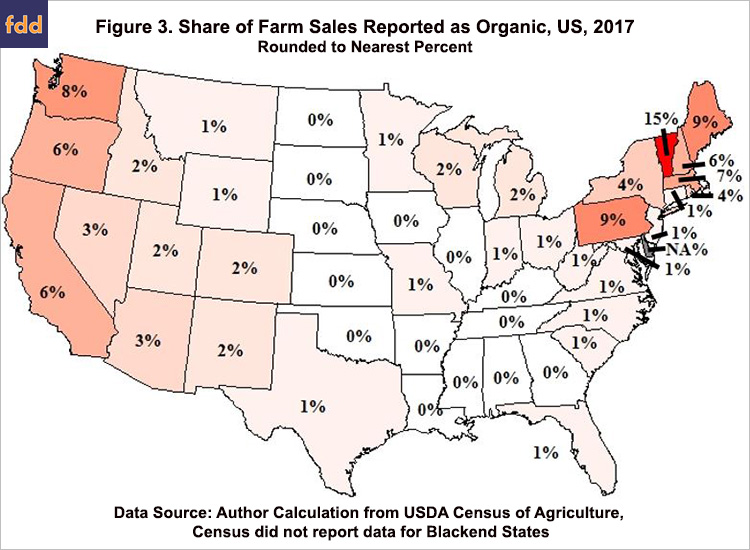 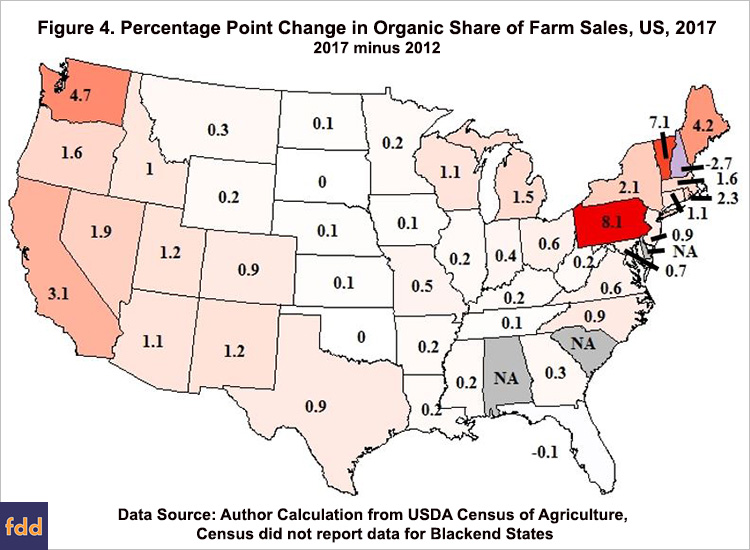 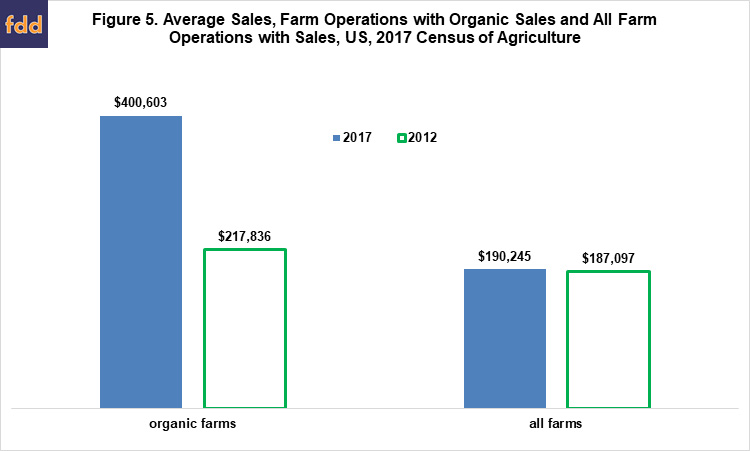