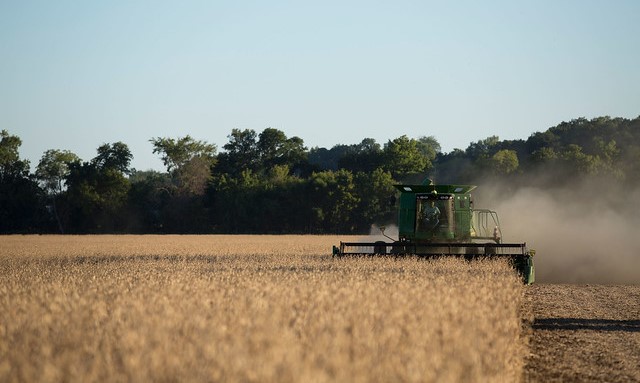 The proposal sets the 2021 requirement for biomass-based biodiesel (BBD) volumes at 2.43 billion gallons, which represents no growth over the 2020 levels. (United Soybean Board, Flickr/Creative Commons)

The U.S. Environmental Protection Agency (EPA) announced Friday that the biomass-based diesel and advanced biofuels volumes will not grow. In addition, EPA has again failed to account for the significant gallons lost due to Small Refinery Exemptions, which makes the proposed volume essentially a reduction for biofuels.

The proposal sets the 2021 requirement for biomass-based biodiesel (BBD) volumes at 2.43 billion gallons, which represents no growth over the 2020 levels. Total advanced biofuel volumes for 2020, which can be filled by biomass-based diesel, are increased minimally from 4.92 to 5.04 billion gallons.

The zero-growth proposal put forth by EPA represents another missed opportunity to capitalize on the capabilities Stephens referenced: Producing higher levels of domestic, renewable fuels that enhance energy diversity and security; promoting jobs and value for farmers and rural economies; and helping the environment with reduced emissions. The lack of growth in the proposed volumes is also compounded by the unwarranted waivers of RFS volumes that EPA continues to grant to some petroleum refiners and fails to account for in their proposed volumes.

Stephens said, “We will continue to voice our concerns and demonstrate the capabilities we have to contribute to stronger growth in domestic biodiesel, creating higher values for U.S. soybeans, and all the economic, energy, and environmental benefits that come along with it. We hope the EPA and this Administration will recognize the opportunity they are missing and improve on these RFS volumes in the Final Rule.”

ASA and its biodiesel industry partners also remain concerned that EPA has not accounted for the volumes already lost due to the Small Refinery Exemptions already granted. The reduced demand for biodiesel resulting from the retroactive exemptions is estimated to be as high as 2.5 billion gallons since 2017, significantly undermining the RFS. The exemptions combined with the lack of increase in RFS volumes results in a significant reduction of domestic biodiesel production.