Financial Times writers Gregory Meyer and Robert Armstrong reported earlier this month that, “Despite a half-decade of falling grain prices, Midwestern farmland has held much of its value, and has become the foundation for a borrowing boom. Farm debt across the US has risen to $427 billion, close to amounts that preceded the 1980s agricultural crash, when adjusted for inflation. 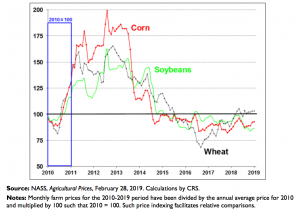 “Farmers remain creditworthy in the eyes of banks, even as their incomes fall, because the collateral value of land remains high.

While farm income has halved from its peak in 2013, farm equity has fallen just 5 per cent because of stable land values, according to Robert Johansson, chief economist at the US Department of Agriculture.

“But if prices were to collapse, farm bankruptcies would widen and leave lenders — many of them backed by the federal government — with big losses.” 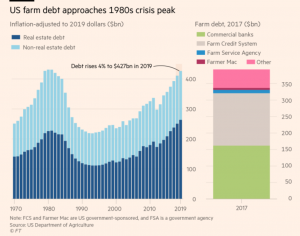 “US farmers’ borrowing boom is built on shaky land values,” by Gregory Meyer and Robert Armstrong. The Financial Times (June 3, 2019).

Meyer and Armstrong explained that, “Signs of stress are already appearing. In 2018 the ratio between loan volume and net farm income reached a 16-year high, while rates of delinquency on farm loans surpassed those on all loans by commercial banks, according to the Federal Reserve Bank of Kansas City. Delinquencies are also creeping up inside the government-sponsored Farm Credit System, which accounts for 40 per cent of US farm debt. 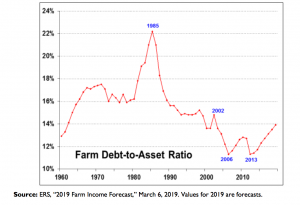 “The number of borrowers from the Farm Service Agency, an arm of the USDA, has grown about a quarter over the past five years. That, in itself, is a mark of distress: the FSA tends to be ‘the lender of last resort‘ for most farmers because they have to be rejected by at least two other lenders before applying, said Jonathan Coppess, a former FSA administrator.

The combination of weak farm finances and sturdy land values puzzles some. ‘We’ve scratched our heads a little bit as to why the land values have held up as well as they have,’ said Andrew Swenson, farm management specialist at North Dakota State University.

The FT article added that, “In central ‘corn belt’ states such as Iowa and Illinois, land rents have dropped 36 per cent from their peak of 2013, while real farmland values have dropped just 10 per cent, according to the Federal Reserve Bank of Chicago.” 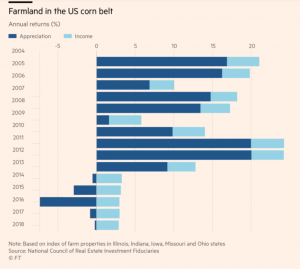 “US farmers’ borrowing boom is built on shaky land values,” by Gregory Meyer and Robert Armstrong. The Financial Times (June 3, 2019).

The FT article added that, “Farm balance sheets will be tested as the US-China trade war escalates, removing important outlets for US soyabeans and corn-based ethanol. Crop prices have rallied in recent weeks as endless rain threatens yields, but the higher prices will be partially offset by lower production from waterlogged fields.” 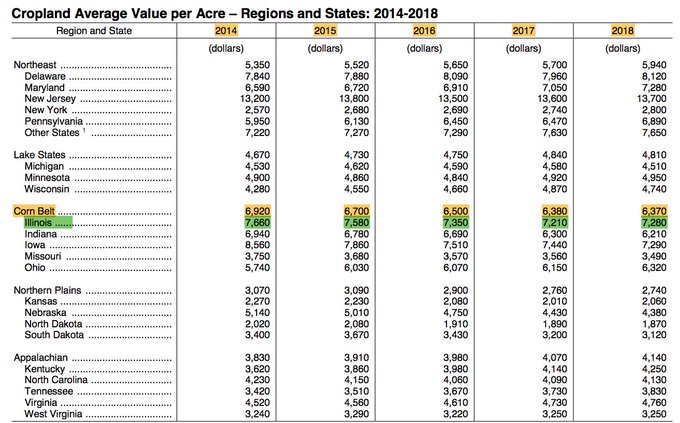 Late last month, Reuters writer Jason Lange reported that, “A U.S. banking regulator on [May 29th] said more farmers fell behind on their loans early this year, a sign that international trade tensions could be weighing on a farm sector already beset by years of low commodity prices.

“In a quarterly report on the health of U.S. banks, the Federal Deposit Insurance Corporation did not directly refer to the Trump administration’s trade war with China which began in 2018. But officials at the regulator noted some farm banks were reporting a deterioration in asset quality.

“‘We are seeing some emerging strain,’ Diane Ellis, director of the insurance and research division at the Federal Deposit Insurance Corporation, said at a news briefing. ‘Mostly it affects our community banks in the middle of the country.’” 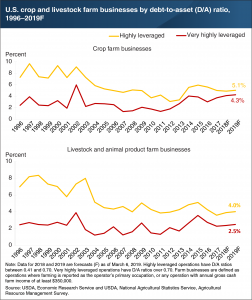 The article noted that,

Ellis said the strain had been building for years in the farm sector as commodity prices have fallen, and noted farm incomes were at half the levels they were six years ago. 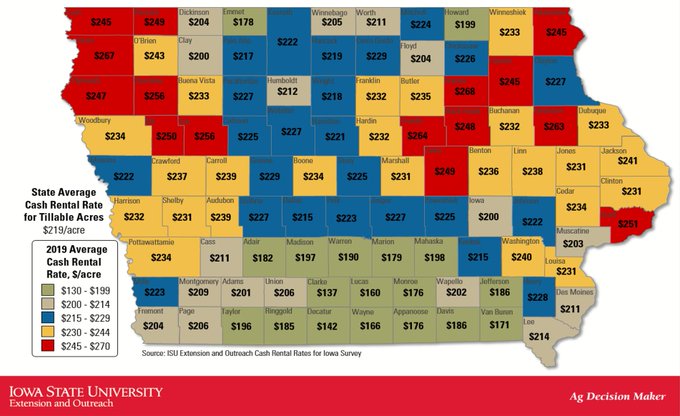