The Curse of the Honeycrisp Apple

Bite into a Honeycrisp apple and you understand why consumers are willing to pay so much for a piece of fruit: the crunch.

That’s no accident. In the pre-Honeycrisp era, apples had just two textures: “soft and mealy (that nobody liked), and then we had the good apples, the hard, crisp and dense,” said David Bedford, one of the original breeders of the Honeycrisp.

Unlike the vast majority of modern commercial produce, the Honeycrisp apple wasn’t bred to grow, store or ship well. It was bred for taste: crisp, with balanced sweetness and acidity. Though it succeeded beyond anyone’s wildest dreams, along the way it became a nightmare for some producers, forcing small Northeastern growers to compete with their massive, climatically advantaged counterparts on the West Coast. 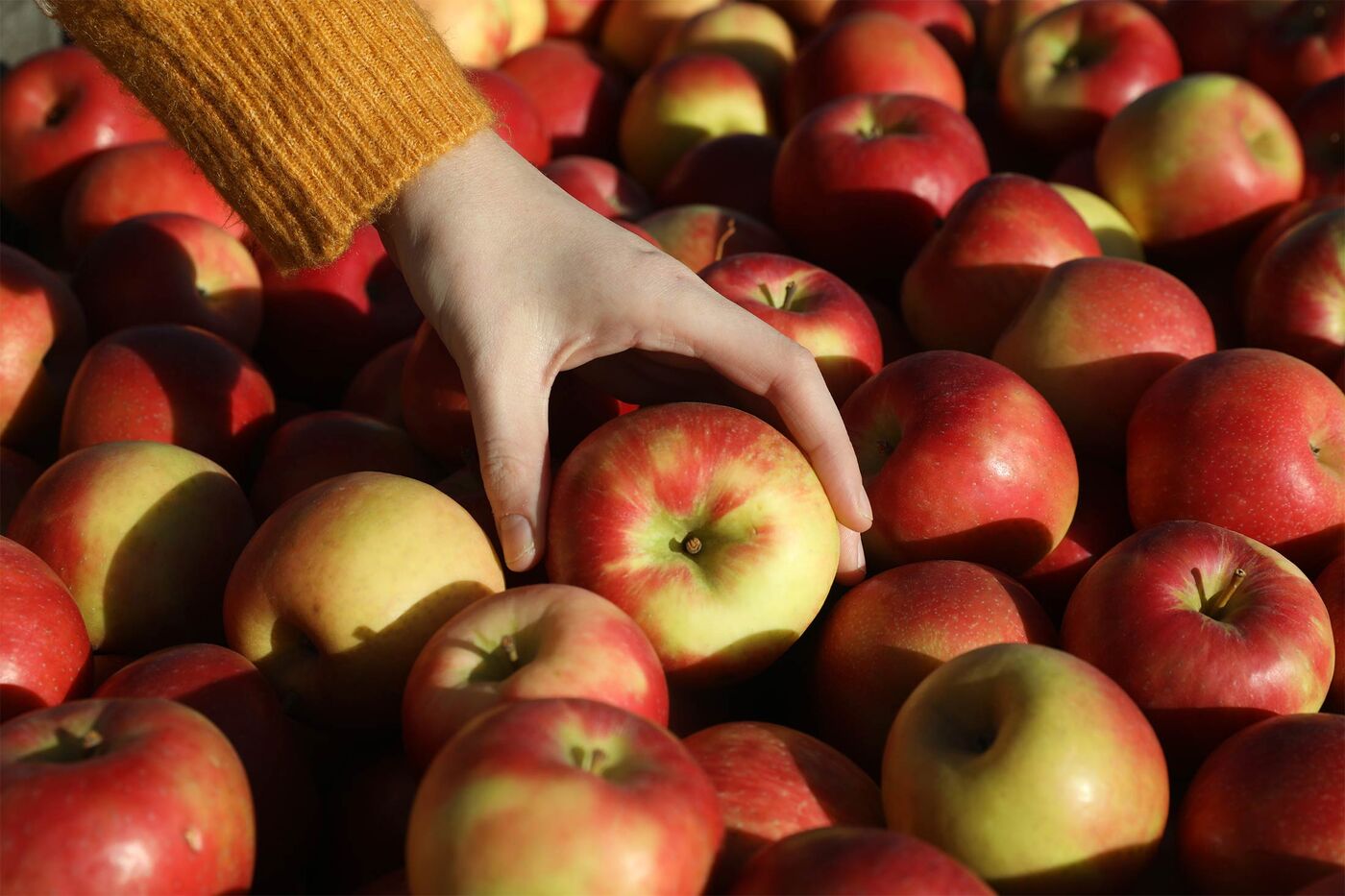 The Honeycrisp wasn’t an immediate success. The original tree, known officially as MN1711, was discarded in 1977 over concerns about its winter hardiness. But Bedford, who joined the team in 1979, found four small clones that had miraculously escaped the garbage and decided to see if they’d yield fruit. “In 1983,” Bedford wrote in an email, “those small trees bore a few amazing fruit and the rest is history.”

The Honeycrisp variety is now so popular, consumers will spend three times the cost of other apples to experience it.

Production of Honeycrisps has doubled over the last four years, making it the fifth most-grown variety, according to Mark Seetin, director of regulatory and industry affairs at the U.S. Apple Association. But not everyone is a fan. Those who produce Honeycrisps often have the most cutting words for it.

“The first challenge is controlling its vigor,” said Brenda Briggs of Rice Fruit Co., which has been selling apples out of Adams County, Pennsylvania, for more than 100 years. Growers, she explains, have to train the trees so that their branches don’t get too tall too fast, with leaves that block the sunlight from the apples below.

The fruit is also vulnerable to bitter pit—small, sunken brown spots that sully an otherwise perfect orb. The flaw is a result of the trees’ inability to properly take up calcium from the soil. Growers are forced to spray their orchards with foliar calcium to boost their intake, but it’s not always enough.

Size can also be an issue. “The fruit tends to grow very big,” said Mark Nicholson of New York’s Red Jacket Orchards, whose business includes about 400 acres dedicated to apples. “That’s good, but at a certain point the consumer doesn’t want to buy an apple the size of a grapefruit.”

The thin skin that makes those first bites so juicy is also very delicate and easily sunburned. Birds love Honeycrisps more than other apples, forcing growers to buy and install netting to keep them away.

Even if a producer manages to grow a decent crop of Honeycrisps, harvesting and storage come with additional hurdles. The variety is so delicate that the stems have to be clipped off so the apples don’t tear each other. And while other apples can go right from tree to cold storage, Honeycrisps must first spend 5-10 days being “tempered” at a mild temperature before they can be refrigerated.

“It requires growers to do a lot more work,” Nicholson said. In the end, only 55 percent to 60 percent of the fruit makes it to retail, Seetin said.

It also means that even though Honeycrisps cost more than double the price of Red and Golden Delicious apples—at a national average of $2.19 a pound for the month of October—producers aren’t raking it in. “There’s a higher investment and production cost in places that are not Minnesota,” where the Honeycrisp was originally bred, said Karina Gallardo, an agricultural economist at Washington State University. 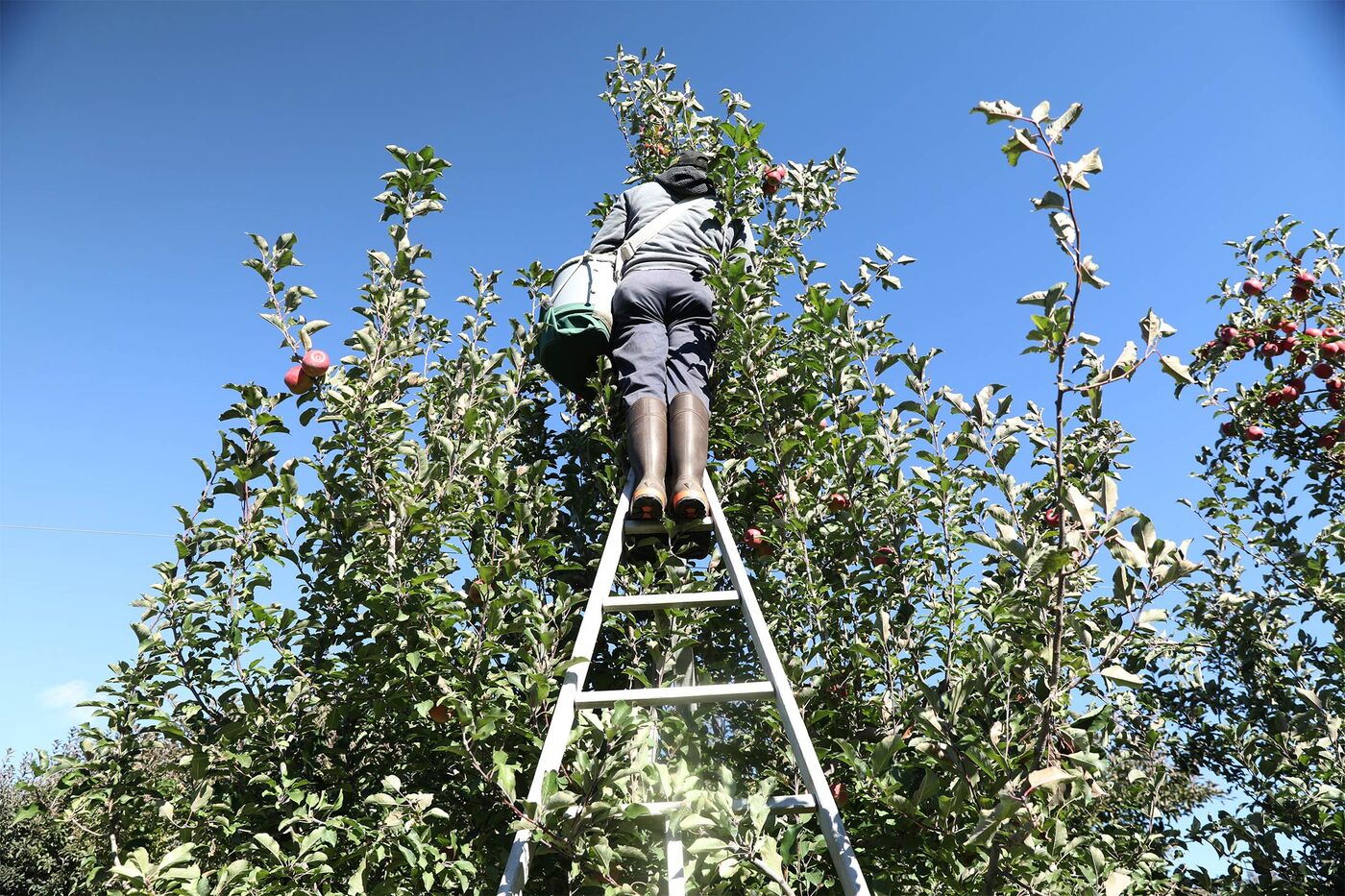 So why do farmers put up with the hassle? They simply don’t have a choice.

The demand for this one apple exceeds supply—it’s all consumers, and therefore supermarkets, want. So growers are planting with almost reckless abandon, pulling out old varieties, like the tired Red Delicious, and putting in Honeycrisp trees—even in places where they don’t grow well.

For the massive West Coast orchards, this isn’t much of a problem. But on the East Coast, which has smaller orchards and wet weather that makes organic growing impossible, the challenge is more acute. “There’s a lot of concentration of apple growing in the one place [Washington], and that makes it easier for those growers to supply big retailers,” said Susan Futrell, author of “Good Apples: Behind Every Bite” and director of marketing at Red Tomato, a Massachusetts-based nonprofit distributor for a network of over forty wholesale growers. “Decisions about what varieties to carry are getting made by fewer and fewer people and further away from where people are buying the apples.”

Even for such retailers as Whole Foods Market and FreshDirect, both of which have robust local programs, sourcing from the West Coast to sell in the East is inevitable if they want to carry the organic version of their most popular apple.

Meanwhile, everyone is nervously waiting for the day when the supply-demand equilibrium brings sticker prices down far enough that growing the Honeycrisp no longer makes economic sense.

But it’s not likely to happen soon, said Eric Rama, head of agricultural research at MetLife Inc. Even though production is increasing at a rapid pace, demand for premium apples isn’t waning. Retail prices, though slightly lower than last year’s, have stayed at appealing heights for farmers and probably won’t sink in the foreseeable future, he said.

Still, the industry is on the lookout for the next Honeycrisp. Something just as delicious, but less troublesome to cultivate.

Broetje Orchards in Prescott, Washington, is devoting 10 percent of its 7,000 acres to the non-browning Opal, Paul Esvelt, the orchard’s post harvest manager, told Bloomberg at a New York City event to promote the fruit. That’s the same amount of space the grower sets aside for the Honeycrisp. Esvelt expects 3 percent growth for the Opal next year, while Honeycrisp acreage will remain stagnant.

Washington State University plans to introduce the Cosmic Crisp as early as next year, said Gallardo. Tangy, sweet and—as the name implies—crispy, the apple could account for 5 percent to 10 percent of the state’s production.

Josh Morgenthau of Fishkill Farms in New York, meanwhile, would like to see more credit given to the Esopus Spitzenburg, a New York original known for its spicy profile and, some say, a particular favorite of Thomas Jefferson’s. 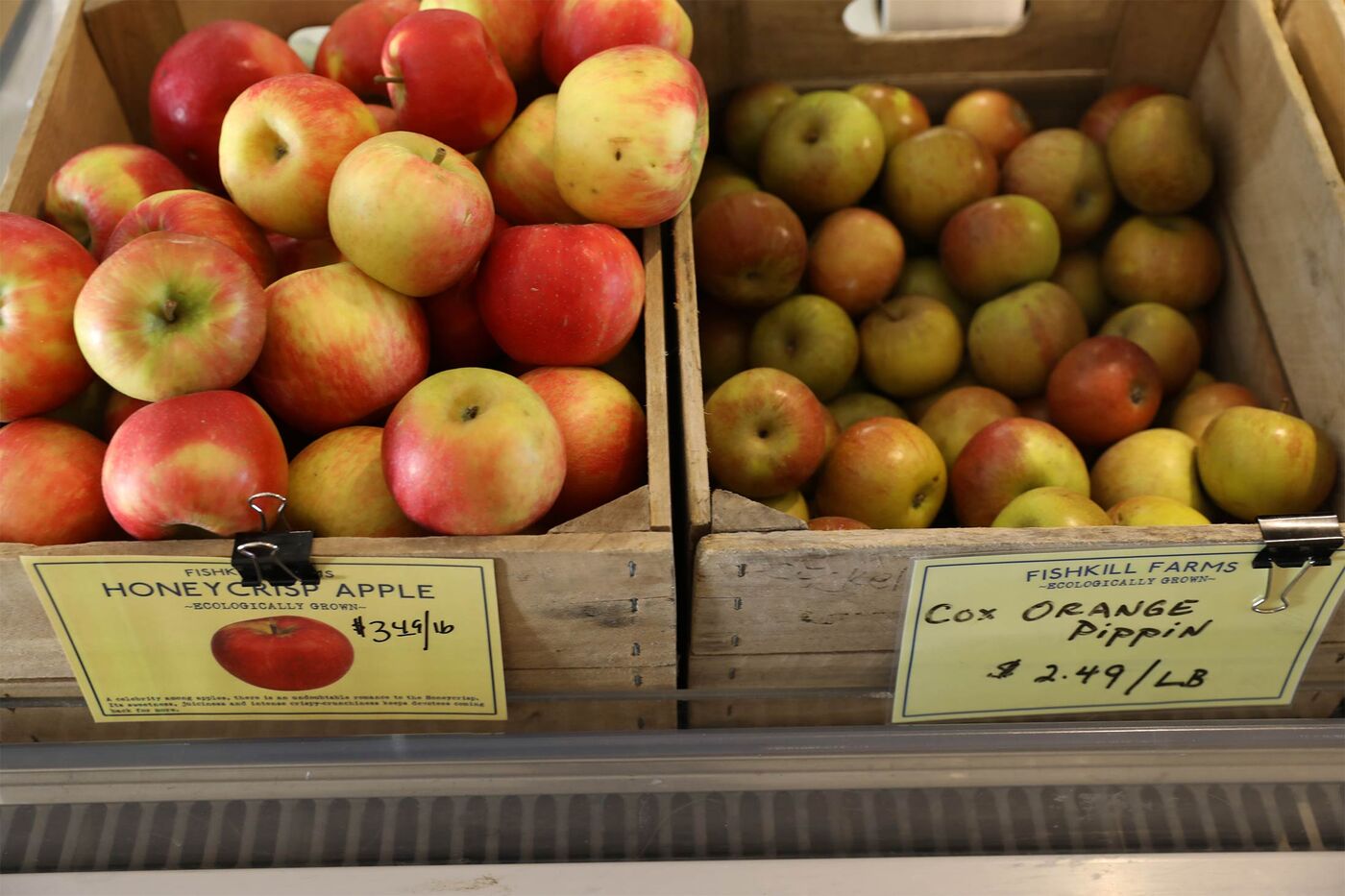 Despite the extra work, growers will keep planting, picking and selling the Honeycrisp, as long as the core economics makes sense.

“If they aren’t making money,” said Bedford, “I’d be the first to tell them to pull it out.”