The U.S., China trade war escalated this week as news articles reported that China has halted its purchases of U.S. agricultural products.

And on Friday, Bloomberg writer Ryan Haar reported that, “White House economic adviser Larry Kudlow played down the impact on U.S. consumers of additional tariffs on Chinese imports and suggested Beijing could strengthen the case for avoiding them being applied next month if they bought U.S. agricultural products. 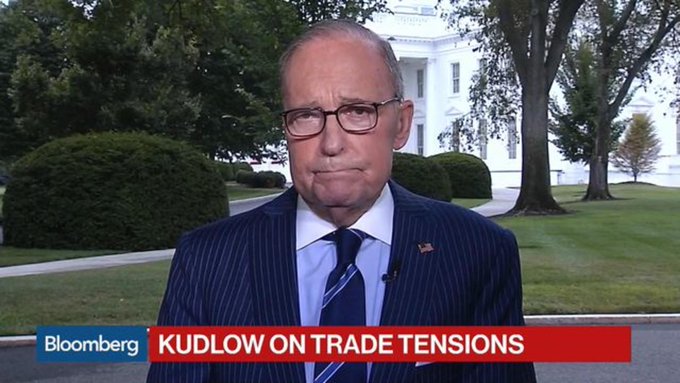 “‘From our talks internally, that would be a plus,’ Kudlow said Friday in an interview on Bloomberg television. ‘That would be a very good plus if they start buying agricultural products in size. It would certainly help the story.’”

However, Reuters writer Koh Gui Qing reported this week that,

China has halted its purchases of U.S. agricultural products and will not rule out levying import tariffs on American farm imports purchased after Aug. 3, the Chinese Commerce Ministry said early on Tuesday.

“The moves by China represent the latest escalation in its trade row with the United States that has unnerved global markets and investors. 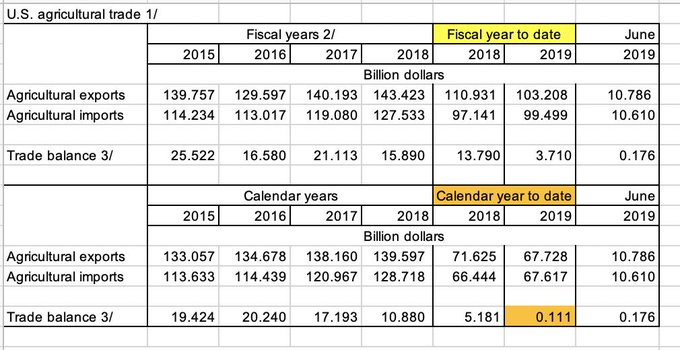 And Financial Times writers Yuan Yang, Archie Zhang and Emiko Terazono reported on Monday that, “Beijing has asked its state-owned enterprises to halt US agricultural goods purchases in a fresh blow to US farmers and traders after President Donald Trump further ramped up tariffs on Chinese imports.” 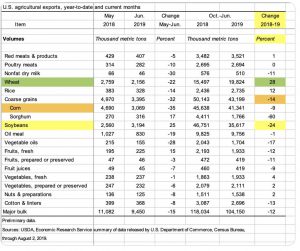 The FT article explained that, “Before the trade war began, China was the largest importer of US soyabeans, buying 25m-30m tonnes a year. However shipments have plummeted: since the start of the crop year in September it has agreed to buy only 14m tonnes, of which 10m has been shipped, according to official US data. The US delivered just 5.3m tonnes of soyabeans to China in the first five months of this year, against 15.2m tonnes in the first five months of 2018.

“The Chinese ministry of commerce said last week that since July 19, some Chinese companies — including state-owned enterprises — were in the process of making ‘new purchases’ of US soyabeans, cotton, pork and sorghum, and that some deals had already been reached.

“But now, China’s state-owned companies had ‘received an order’ to halt purchases, said two people who knew of the order. State-run Xinhua news agency reported that Chinese companies had suspended purchases of US farm products as a retaliatory measure.”

Based on what I know, in view of new tariff threat by the US side, the Chinese side has decided to suspend tariff exemption for US farms goods and Chinese enterprises have halted buying US farm products. The Chinese side won’t submit to the US.

“Zippy Duvall, president of the the American Farm Bureau Federation, the nation’s largest and most influential general farm organization, called China’s import cut-off ‘a body blow to thousands of farmers and ranchers who are already struggling to get by.’”