U.S.-China Trade Talks-“Great Progress,” Yet “Some Way to Go.”

Late last week, Los Angeles Times writer Don Lee reported that, “Despite hopes that a U.S.-China trade deal is at hand, President Trump said Thursday that some key issues have yet to be resolved and that they are not close enough for him to announce a summit with Chinese President Xi Jinping.

“Trump said that he should know ‘over the next four weeks’ whether there is a summit or not, quelling speculation throughout the day that he was ready to name the date of a meeting with Xi.

‘If we have a deal, we’ll have a summit,’ he said. Now a summit could come closer to the end of May, or possibly June, when Trump and Xi are expected to attend a global leaders’ summit in Japan.

Mr. Lee noted that, “The president spoke during an Oval Office meeting with Chinese Vice Premier Liu He and the Chinese delegation that arrived this week for the latest round of talks with the American team, led by U.S. Trade Representative Robert Lighthizer.” 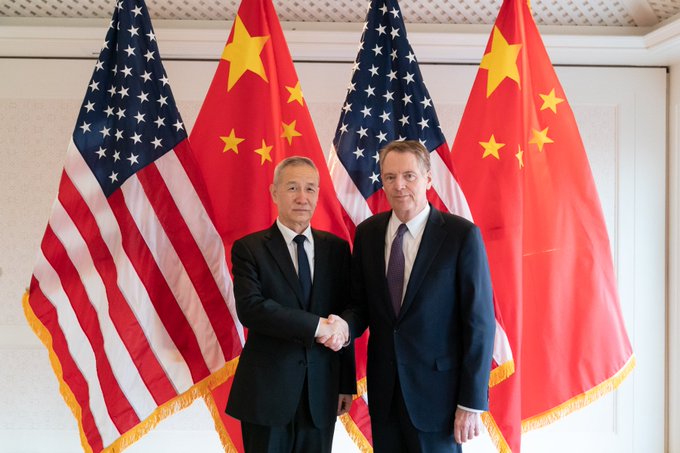 The LA Times article added that, “The two sides met last week in Beijing, and negotiations have picked up recently amid indications that they are making solid progress in an effort to end a yearlong trade conflict between the world’s two biggest economies.”

Financial Times writer James Politi reported Thursday on the latest round of trade talks, and noted that, “The US president expressed confidence in a positive outcome, saying the two countries had ‘some way to go‘ yet remained ‘very close.’

“‘This is an epic deal, historic, if it happens,’ Mr Trump said. ‘It’s the granddaddy of them all. It has a very good chance of happening.’”

The FT article indicated that, “Mr Liu said ‘we have made great progress,’ crediting the ‘direct guidance by two great presidents,’ according to a transcript of the discussions provided by the White House.

“Mr Liu added that he hoped the two sides would complete trade negotiations as quickly as possible, according to China’s official news agency Xinhua.”

New York Times writer Ana Swanson reported Thursday that, “People familiar with the negotiations had said that the president was poised to announce a summit meeting with China. But those plans spurred a backlash among some of the president’s trade advisers, who argued that announcing a meeting before the deal was struck would weaken the United States’ hand and give it less leverage to force changes it is seeking.”

The Times article also pointed out that, “But the White House is also facing pressure to resolve the trade war, which has begun to hurt American farming, manufacturing and other sectors, and caused wild swings on Wall Street.”

Good visit in the Oval Office with @POTUS and Chinese Vice Premier Liu He, no deal yet but POTUS holding firm on a good deal for agriculture.

And Wall Street Journal writer Josh Zumbrun reported Friday that, “Trade talks between Chinese and U.S. negotiators wrapped up in Washington with no clear timeline for resolution, but with both sides touting progress and vowing to continue talking via videoconference.”

The Journal article explained that, “The White House said that talks had been wide-ranging, including issues of U.S. intellectual property protection, the Chinese practice of requiring American companies to share their technology with Chinese partners, as well as agriculture, services, purchases and enforcement of the pact’s provisions.” 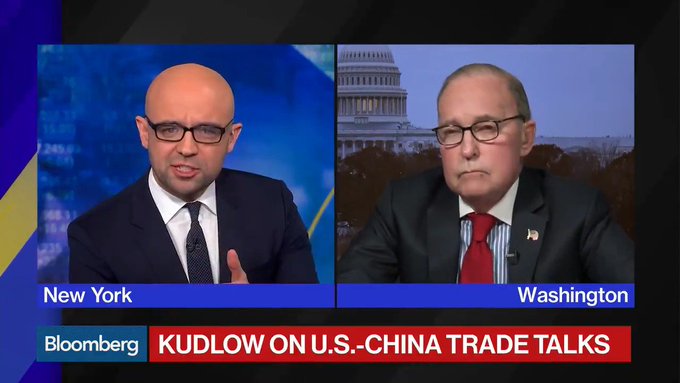 “We never had a deadline” on a U.S.-China trade deal, Larry Kudlow tells @ferrotv https://bloom.bg/2Kj9xTs

China’s lengthy approval process for genetically modified crops remains a sticking point in talks to end the trade war between China and the United States, according to two sources with knowledge of the talks.

“Beijing has taken years to approve new strains of GM crops, which U.S. companies and farmers have complained stalls trade by restricting the sales of new products from companies such as DowDuPont Inc, Bayer AG, and Syngenta AG.

“The issue is one of a host of U.S. complaints that the administration of President Donald Trump is demanding China address if it wants to end trade disputes that have cost both countries billions of dollars and slowed the global economy.” 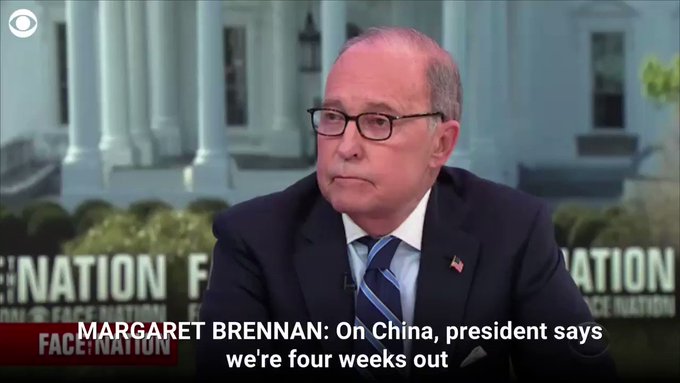 Will the Trump administration reach a trade deal with China? WH economic adviser @larry_kudlow told @margbrennan, “we’re closer than we ever have been before.” https://cbsn.ws/2OUwVoQ

The Reuters article explained that, “GM crops and the approval process are still a ‘big issue’ in the discussions, said one of the sources, who spoke on condition of anonymity.

“The issue has been a source of tension between the two countries for years. China is the biggest buyer of U.S. soybeans, the bulk of which are genetically modified. If it does not approve new strains, then farmers in the United States cannot plant them because China may reject shipments that include them.”

“The trade deal, should it be agreed, is expected to include a six-year time frame for purchases of more than $1 trillion in U.S. goods, including commodity products,” the article said.

Meanwhile, Gregory Meyer reported on Thursday at The Financial Times Online that, “China has ramped up its purchases of US farm products, providing a goodwill gesture in the midst of talks aimed at ending the year-long trade war — but also reflecting the country’s extensive need for the commodities.

“Official data released in Washington on Thursday showed net sales of 178,000 bales of US-grown upland cotton to China in the past week, the second-highest weekly volume in two years. China also bought 1.7m tonnes of soyabeans.”

Mr. Meyer stated that, “Some agricultural products, such as corn-based ethanol, have not been shipped to China for months. However, China has also stepped up purchases of pork, corn and the feed grain sorghum.”

The FT article noted that, “The past week’s 1.7m soyabeans purchase brought China’s total import commitment for the current crop year to 12.9m tonnes. The sum is still about a third of US exports to China before the tariffs, leading US farmers to signal they will slash acreage devoted to soyabeans this spring.” 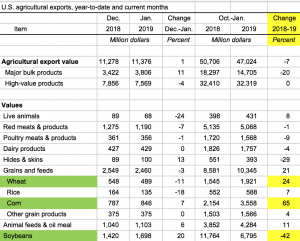 Mr. Meyer also indicated that, “In March, China purchased 24,000 tonnes of US pork, the highest amount in almost two years. The deal came as African swine fever sharply reduced its pig herd, increasing demand for foreign meat even as it slows demand for livestock feed ingredients such as soya meal. 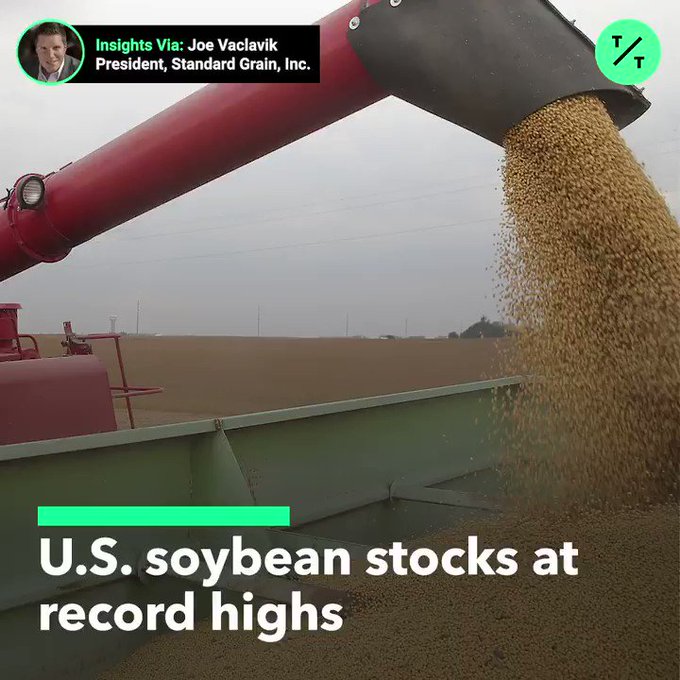