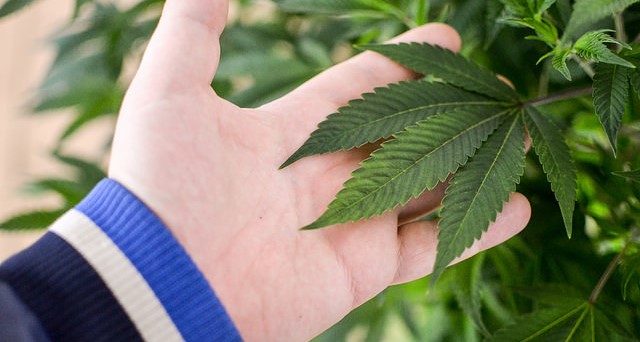 The U.S. Department of Agriculture says states can’t block the interstate transportation of hemp, but law enforcement in Idaho says it won’t follow those guidelines.

Hemp doesn’t get a person high, but it still contains trace amounts of the chemical THC, which is found in marijuana. Under Idaho law, any amount of THC is illegal.

The USDA released a memo Tuesday saying states can’t block any interstate shipment because hemp was legalized under the 2018 Farm Bill. That opinion isn’t legally binding.

The spokesperson said federal rules need to be updated to take effect, but the USDA memo says they’re essentially in effect because the bill passed Congress and was signed into law by President Donald Trump last year.

Three men are currently facing felony drug charges in Ada County for transporting what they say was hemp.

Two of them have pleaded guilty to lesser felony charges. The third man has pleaded not guilty and could face a minimum of five years in prison if convicted.

The owner of the hemp in that third case, Big Sky Scientific, sued Idaho State Police in federal court. The company said ISP had violated interstate commerce laws and asked for an injunction to get their hemp back before it degrades and molds.

The USDA memo specifically mentions that lawsuit, saying the federal judge erred in denying that injunction. It’s currently under appeal to the 9th Circuit Court of Appeals and awaiting a hearing.

“Both sides of this issue have legitimate legal points,” said Sam Mendez, a lawyer in Seattle who used to run the Cannabis Law and Policy Project at University of Washington Law School.

At issue is: when does a law actually become a law? That is up to the courts, but Mendez says the overall legal question of how to transport a federally legal plant like hemp across state lines will be answered soon.

“Frankly, I think in the next six to 12 months, the issue is going to become a moot one because at that point those federal rules will become promulgated and then states will follow suit,” he said.

USDA expects those rules to change before the end of 2019.

“Hopefully Idaho takes note and changes course because I think it would save the Idaho taxpayer a lot of dollars on fighting a legal opinion or a legal case that seems all but conclusive at this point,” Watkins said.

Last week, a group of lawmakers delivered about 13,000 signatures urging these criminal charges be dropped.

A spokesperson for the Ada County Prosecutor’s Office declined to comment on pending litigation but pointed to a joint response to the petitions with Idaho State Police that was released last week.

“The 2018 Farm Bill’s intent of allowing the interstate transportation of hemp will only be realized once there is a regulatory system in place. As of this date, that system has not been developed in any state – including Idaho – and is therefore not currently in effect,” the statement said.

Among those delivering the signature was state Rep. Ilana Rubel (D-Boise).

“It’s one more indicator that our prosecutors, I think, are just really doing the wrong thing by pushing full steam ahead here and it looks like the USDA more or less agrees with that assessment,” Rubel said.

She called waiting on the federal rules to be updated to reflect the 2018 Farm Bill a “technicality” and that these men shouldn’t be prosecuted “to the max.”

“I think that’s not (the prosecutor’s) mandate. I think that we entrust them with discretion to do what is wise and sensible and flex common sense,” Rubel said.