Bill Northey, the USDA Under Secretary for Farm Production and Conservation, was a guest on Friday’s “Adams on Agriculture” radio show with Mike Adams.  Today’s update highlights the parts of Friday’s discussion that focused on prevent plant acres and market facilitation program payments.

Mike Adams began Friday’s interview by saying, “Let’s start with the prevent plant acres. The numbers coming out from the Ag Department are expected to top one billion dollars in claims, talking about 10 million or more acres. These are staggering numbers. And do we really have a full grasp of those acres yet? I mean, it could be more, right?”

Under Secretary Northey indicated that, “Yeah, it sure could be. It’s hard to know right now. We’re hoping there’s a few places that crops are still able to go in the ground. I know we’ve got some folks that would like to get some second crop beans in if they were able to get some wheat off, as well as just some late planted beans in. Probably corn’s done in lots of parts of the country, but some sorghum or some other things in. So we don’t know.

“We’ll go through acreage certification at Farm Service Agency over the next few weeks, and probably even later, depending on when folks are able to get planted, and then we’ll start to see those numbers climb within the crop insurance numbers as well. We’ll get reports. As people report to their agents, it goes through companies, and then it comes and we’re able to start to collect that information.

So it’ll be probably end of August before we really know what the numbers are.

More narrowly, Mr. Adams queried: “There have been questions and speculation about what can be done on those prevent plant acres. Can you plant corn or beans on those acres?” 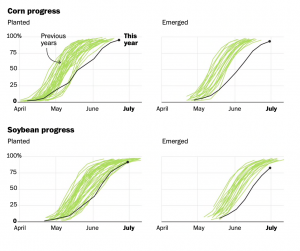 “You can as a cover crop,” Under Secretary Northey said.  ” You need to make sure and designate what it is. So you need to decide whether you are planting for a crop that you’re trying to harvest or a crop that can be harvested as a cover crop for forage. Let your crop insurance agents know. But you can go back in. I know we’re really short of cover crop seed out there. We’ve got some extra corn and beans around and some folks would like to be able to use some. As we heard folks wanting to be able to have forage as well in those areas where we had winter kill and we were having a tough time, where farmers were having a tough time getting that first crop hay made.” 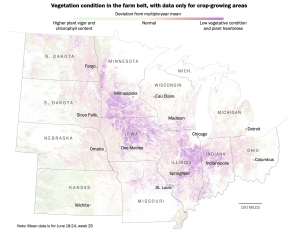 Under Secretary Northey added that, “Traditionally you’re not able to plant corn or soybeans on that prevent plant acres for the same crop. You could always use it as a cover crop on acres that you weren’t intended as a first crop. But again that’s one of those things we expanded this year so that folks are able to do that. You just need to make sure you certify it consistently between Risk Management Agency and FSA and that you let folks know upfront what you’re doing.” 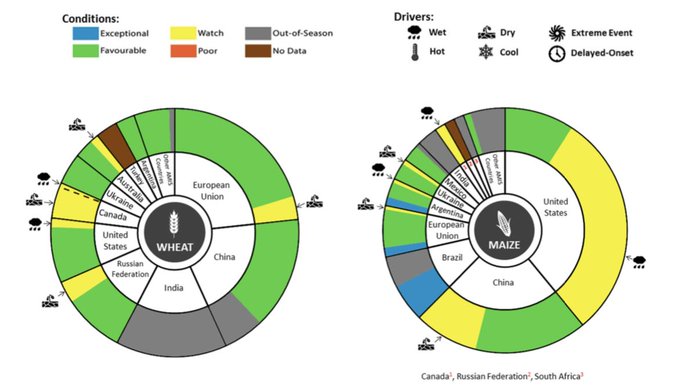 #Corn: In the US, much of the country remains under watch conditions due to the persistent wet spring, which significantly delayed sowing. Additionally, the delay in sowing combined with the long-lasting spring provide risks to final yields http://bit.ly/1ds7Be3  @AMISoutlook

With respect to trade aid, Mr. Adams stated that, “Bill, here we are into July, July Fourth behind us, and we’re wondering about the market facilitation program payments, those county payment rates. What can you tell us now and when will we be getting more details and more information?”

Under Secretary Northey explained that, “Well, we’d like to be able to get signups such that we could start getting some checks out in August. Some of our information is still at Office of Management and Budget, so we’re limited in what we can supply for information. And in fact some pieces could still adjust in it.

So we intend probably at least by the end of July being able to get some information out.

“I hope signup can start maybe end of July and be able to get some checks out. We’ve said we’d like that first check to come out either end of July—it’s probably going to be August now as we look at getting all the software done and the rules finalized with OMB and being able to get that announcement made later in the month.” 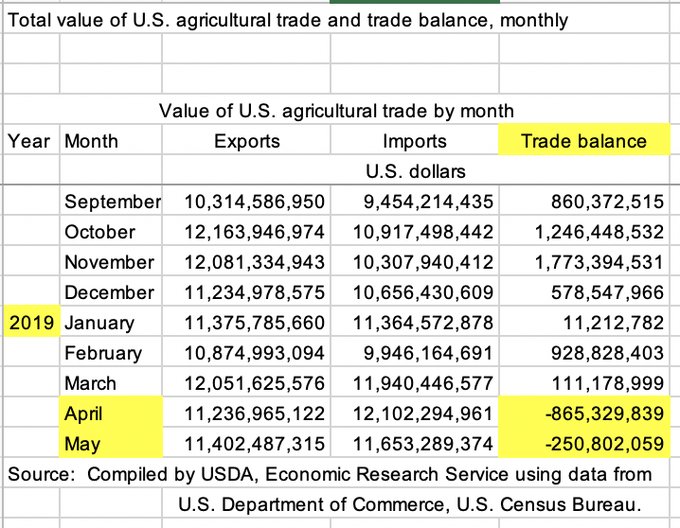 Mr. Adams followed up by asking about the payment rates: “So has that been worked out how those county payment rates will be established, or are you still working on that formula?”

“The formula’s pretty much worked out,” Under Secretary Northey said.  “Again, Office of Management and Budget can have an influence over that. The conversations, the general conversations that we’ve all shared about a county formula or a county rate for all the crops in that county, having specialty crops so they have their own rate, the nuts, some sweet cherries would have their own rates, those overarching pieces are all set. Certainly not ready to announce what those county rates are yet because we still need to get a final set of agreements on the rules.” 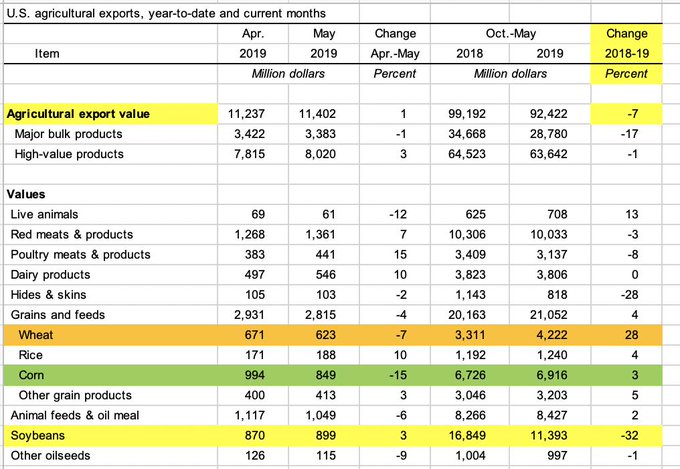 But the crops grown in a county will help determine what those rates are. And you have some counties that are growing crops that are much more impacted by trade than other counties.

And on the issue of the trade program having an impact on planting decisions, Under Secretary Northey indicated that, “You know ideally, we would have had a trade agreement with China and we wouldn’t have needed a program, and that certainly would have been best. It would have been great to be able to have a great spring where folks weren’t worried about prevent plant either, and having to try and decide what to do…I think in most cases farmers looked at what was going to work on their farm. In many cases they were not able to get out to the field one way or the other, and those prevent plant acres couldn’t have been planted. Obviously there’s all kinds of degrees out there, and there probably were some folks that had half a dozen fields to be able to address and they had to figure out which ones to get to before it rained them out again. And they could try and speculate, try and guess, just like they were trying to guess what fall prices of crops are going to be.

“So there’s a lot of uncertainty, a lot of challenges. Some folks had a challenge finding the right maturity crops as well to plant. So I assume folks were putting that into a large formula and putting the guesses and estimates and what they’re reading and hearing into a formula.

But I think for the most part it was a very small part of it, and the field conditions were the biggest part, projections for prices and whether they could get a crop mature for fall were the next biggest parts.

“And speculation around a market facilitation program payment was a much smaller part than some of the other factors in trying to decide what to plant or whether to plant.”