The Purdue/CME Group Ag Economy Barometer dropped 7 points in November, signaling a slump in U.S. agricultural producers’ confidence compared to a month earlier. At a reading of 128, the measure of producer optimism in November was the second weakest observed during 2017 and stood just 4 points above the 2017 low of 124, set in March (Figure 1). Based on a monthly phone survey of 400 agricultural producers from across the U.S., the latest results, although indicating producers were less confident about the agricultural economy than in October, still suggest agricultural producers remain more optimistic than they were prior to the fall 2016 election. 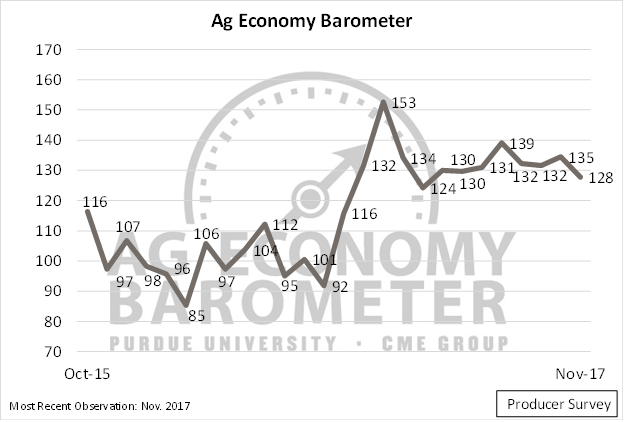 Less Optimism About the Future Among Producers

The November slide in producer sentiment was driven by producers taking a less optimistic view of the future. The Index of Future Expectations declined 10 points compared to October as the index fell to 127. The decline in optimism about future economic conditions stands in contrast to producers’ assessment of current economic conditions, however, as the Index of Current Conditions reading of 129 in November was unchanged from October. (Figure 2). 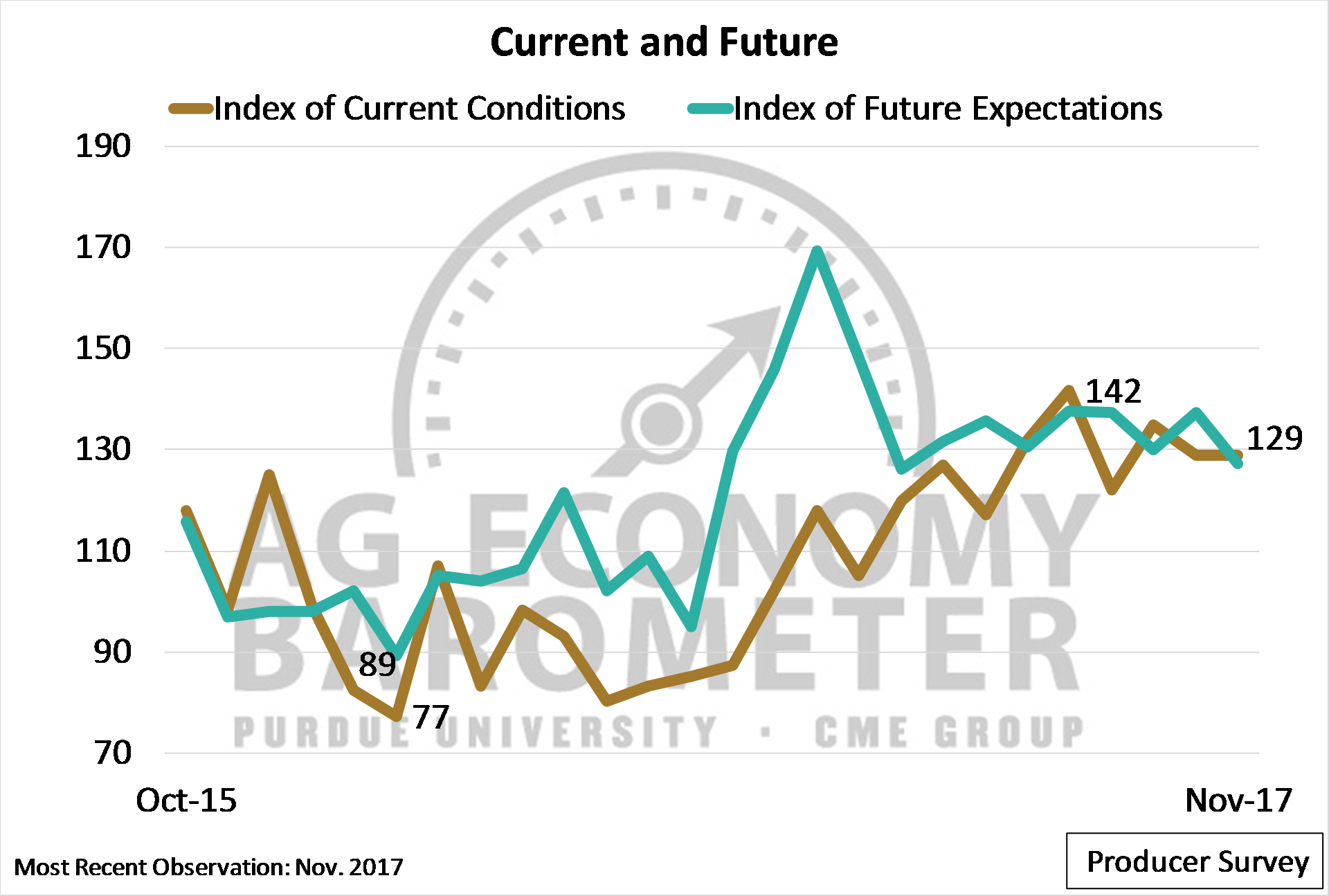 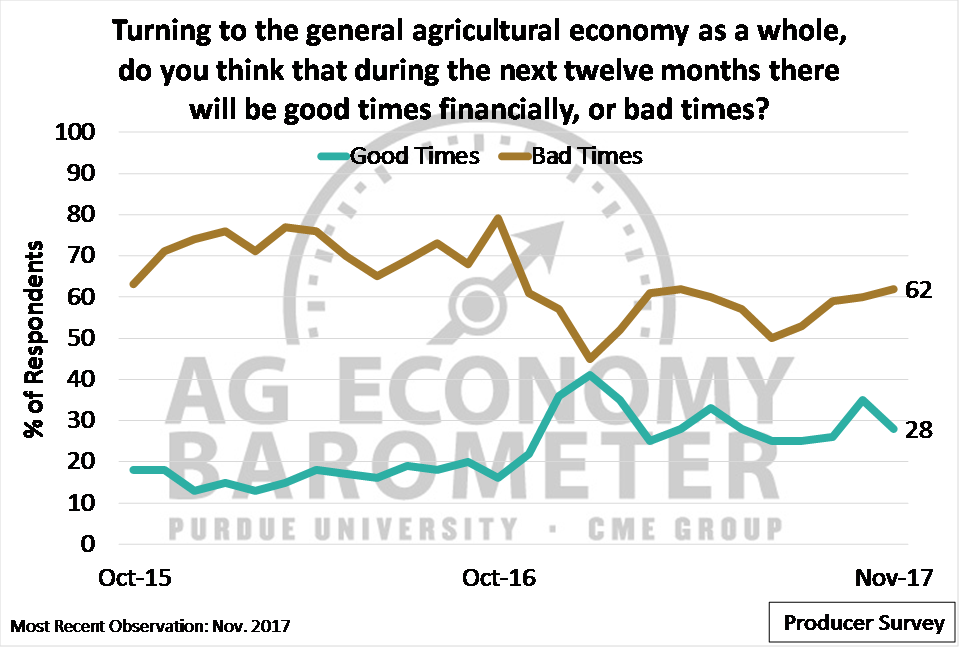 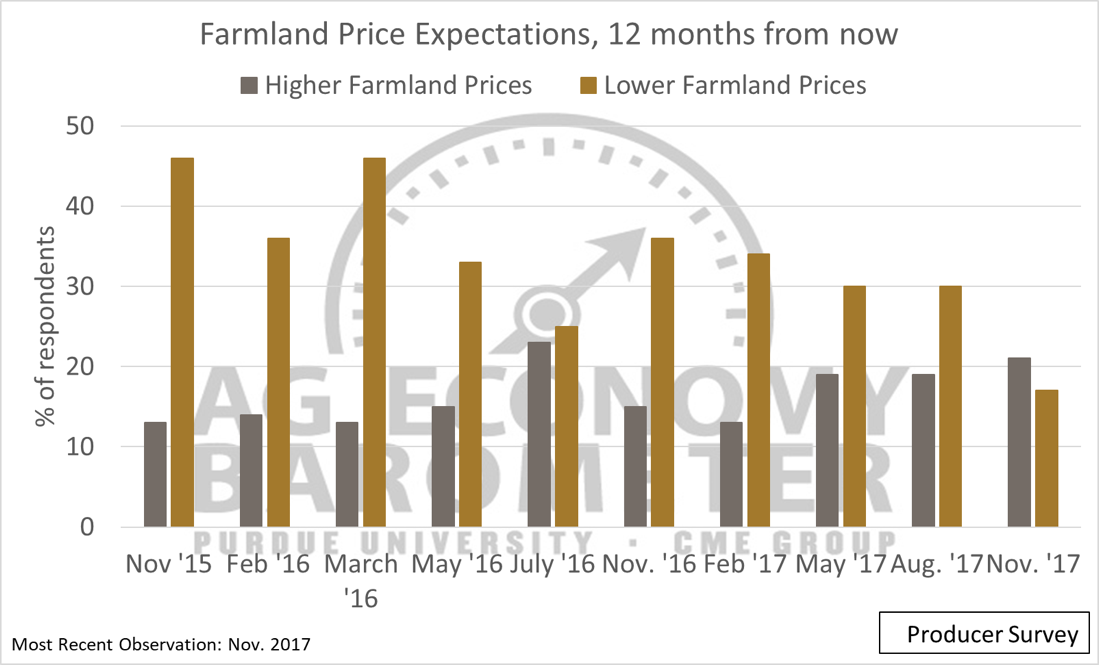 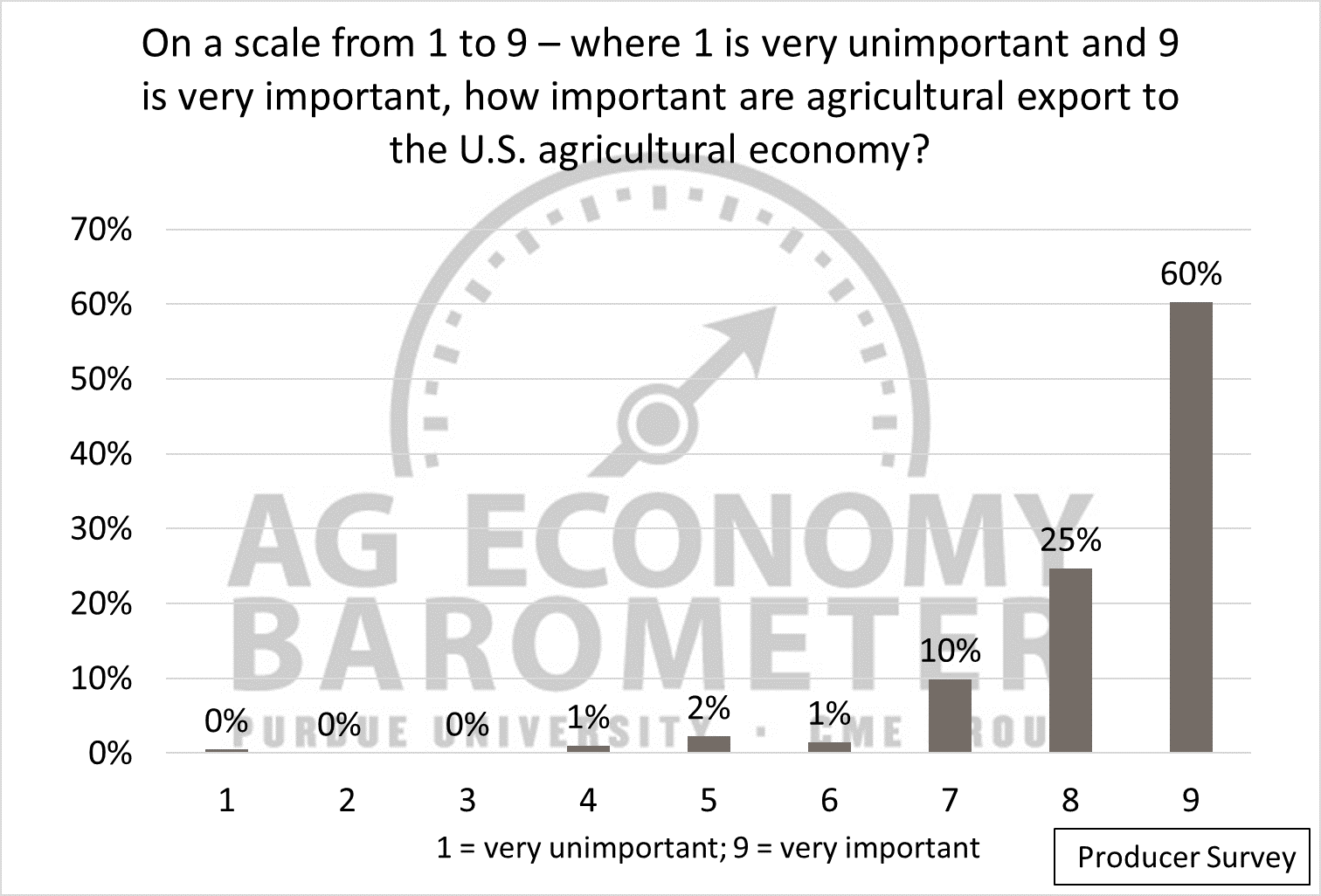 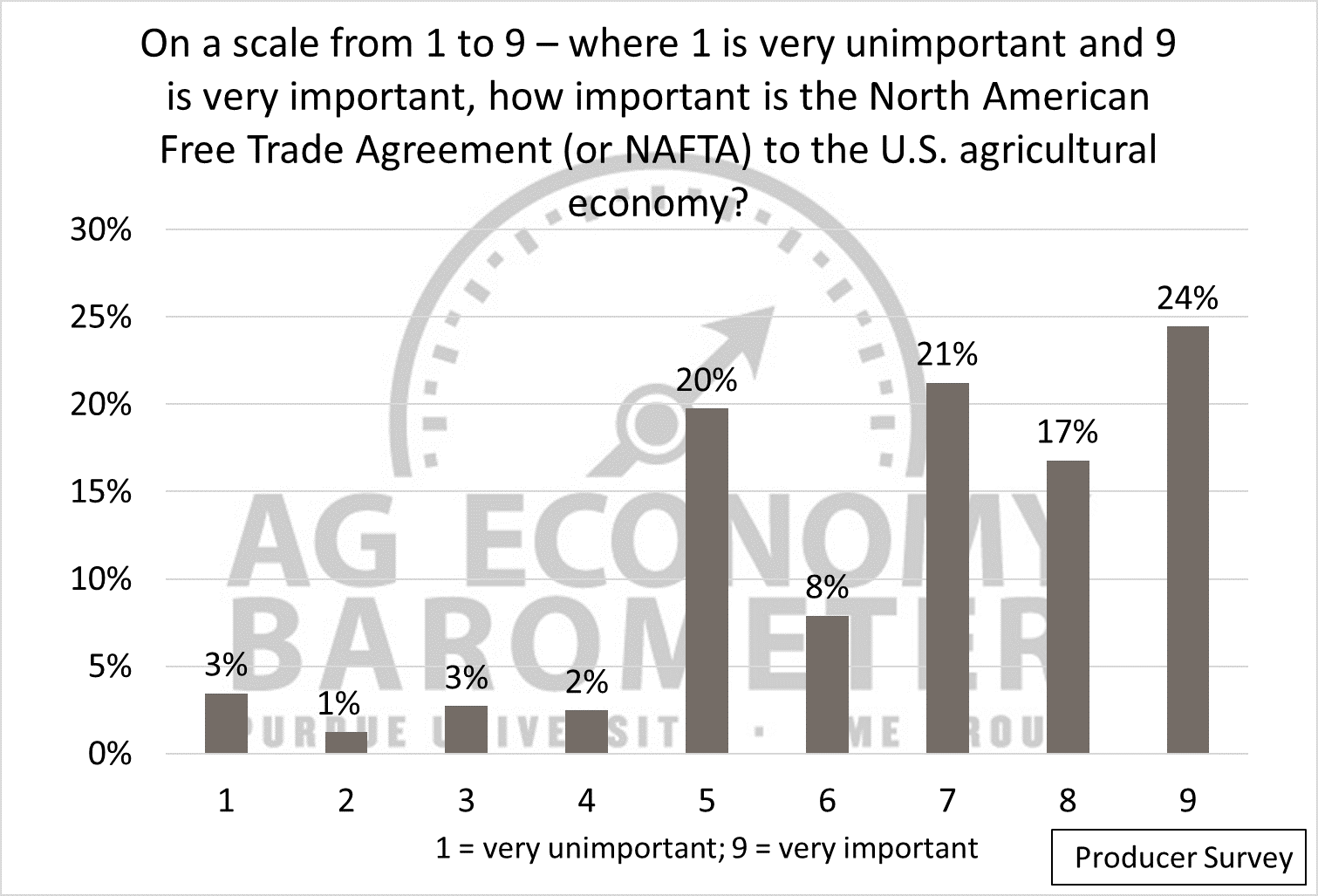 Agricultural producer sentiment turned lower in November, driven by a decline in optimism about future economic conditions in agriculture. Although the decline in sentiment pushed the Ag Economy Barometer reading to its second-lowest level of 2017, sentiment remains much more positive than it was prior to the fall 2016 election. Producer expectations regarding farmland values appear to have strengthened somewhat as more producers expect farmland values to increase than decline in the next 12 months, the first time this has happened since data collection began in October 2015. More broadly, however, the biggest shift in producer expectations regarding farmland values seems to be a movement away from an expectation of weaker values to an expectation that values are likely to remain unchanged over the next year. With respect to agricultural trade, producers continue to indicate that exports are very important to the U.S. agricultural economy. Producers also indicate that NAFTA is important to the agricultural economy, but producers are not as confident of NAFTA’s importance to agriculture as they are of exports in general.